Full Name
Douglas Heintzman
Job Title
Chief Catalyst
Company
Blockchain Research Institute
Speaker Bio
Douglas Heintzman is the Chief Catalyst at the Blockchain Research Institute. He works with clients around the world to help them with their blockchain journeys. He has spent his career focused on disruptive technology and its impact on strategy, organizational models, and business configurations. He has been an entrepreneur/founder, COO, board member, and strategy executive. He was at IBM for 25 years, mostly as a headquarters worldwide strategy executive. He was also the Vice President of Strategy and Evangelism at Sovern, a privacy compliance infrastructure company and at Insolar Technologies a leading next generation distributed ledger technology platform. He was the practice lead for Innovation and Disruptive Technologies at the Burnie Group, a management and technology consultancy firm.

At IBM, Douglas was the worldwide Director of Technical Strategy for IBM Software Group, and was the head of strategy for IBM’s Collaboration, Smarter Workforce, Portal, and APIs. He also served as IBM's chief open source officer, was the sponsorship executive of the ACM International Computer Programming Contest (world programming championship), chairman of the board of the SyncML Initiative, and was a founder of the Open Mobile Alliance (OMA).

Douglas has been a Board member, consultant and advisor to a variety of startup and scaleup companies, has keynoted business, government and technical conferences all over the world and has been a policy advisor and expert witness for the European Community, and the US and Canadian governments.  He holds five patents (in the areas of data synchronization, assistive technologies, and audio processing). He sits on the board of directors for a number of companies and nonprofits. He has been a researcher and author focusing on disruptive technologies and investment ecosystem development. He has been an expert panel member of the Canada’s NSERC Centers of Excellence for the Commercialization of Research program. He was chair of the selection committee for the NSERC Synergy Awards for Innovation and a jury member for the Robot of the Year Award for ethical AI and is now on the jury for the Enterprise Blockchain Awards.
Speaking At
Opening keynote-Carbon Markets: the impact of regulatory and climate pressures on the oil and gas industry 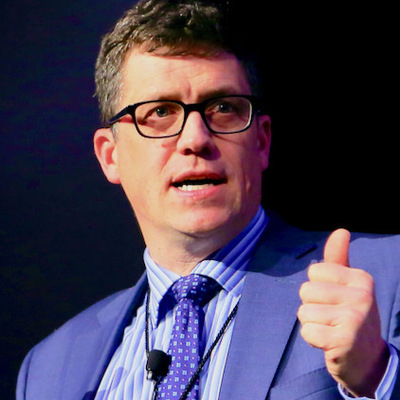