Full Name
David Iseminger
Job Title
Founder and CEO
Company
Upheaval Corporation
Speaker Bio
David Iseminger has been in technology for more than two decades and is self-taught in networking, protocols, programming, and data analytics. David was at Microsoft for much of his career, starting as a Network Performance Analyst, then a Group Manager in developer content, focused on Windows networking and security. David was part of the Windows NT Performance Team, where he helped tune the network stack and routing capabilities to be an enterprise server product. He worked with some of the first DSL devices (delivered in pieces in milk boxes), on network bandwidth reservation protocols, and other nascent technologies. He worked for early startups and did some consulting, and eventually returned to join the Microsoft Cloud & AI Group, focusing on emerging cloud-based data and analytics systems.

David is the author of a dozen technology books with various publishers, including Wiley, Macmillan, Microsoft Press, and one …for Dummies book. His developer-centric books cover programming, networking, directory services, and databases. His other technology books provide guidance on web server management, Active Directory enterprise-scale design and deployment, and QoS and RSVP protocol definitions for enterprises, among others.

David has created multiple online courses that explain Wired Networking, Wireless Networks, and Cloud Infrastructure and Technologies, in addition to courses on Blockchain, Artificial Intelligence, and Machine Learning. His courses are offered in brick-and-mortar and online academic institutions, where he’s taught more than 45,000 students throughout the world.

In his spare time, David serves as a youth coach, and has been on the Board of Directors for Lake Stevens School District for over twelve years serving multiple roles as President, Legislative Liaison, and serving on state-level education boards. David has been an active education advocate both locally and nationally.
Speaking At
Unlimited Blockchain and Data Fabric for Oil and Gas operations 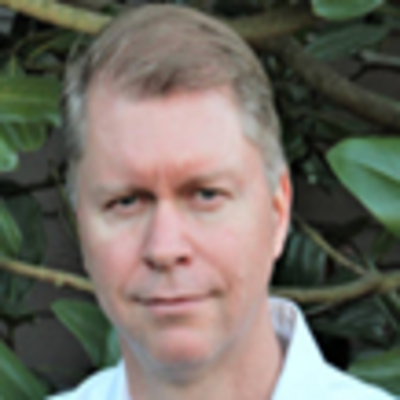